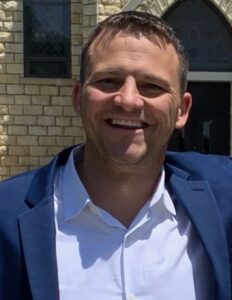 Eric Quandt is a Kansas-born US Army combat veteran who served as a Team Leader in the 38th Engineer Company, 4th Brigade Stryker Combat Team, 2nd Infantry Division. He was deployed to Iraq for 15 months clearing IED’s and other roadside bombs to ensure safe mobility of coalition forces. In the performance of those duties, he survived more than 10 IED strikes. Eric is also a recipient of the prestigious Audie Murphy Award which recognizes Non-Commissioned Officers who have contributed significantly to the development of a professional Non-Commission Officer Corps and combat-ready Army.

After his service in the Army, Eric moved to Chicago, IL, and began a career in sales management and marketing. It was here that he learned the importance of small businesses and how they make up the backbone of the American economy. He currently works with restaurants, regionally and nationally, helping to provide working capital as well as brand recognition and marketing to increase revenue. Eric holds a Bachelor of Arts from Wichita State University, a Master’s in Secondary Education from DePaul University, and currently finishing his Master’s in Business Administration at DePaul University.