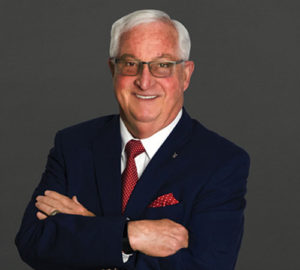 Gary Lindner has a 35+ year background of exceptional executive level success in the military, corporate, nonprofit, and private sectors. A U.S. Air Force Academy graduate, Gary had a distinguished 29 year active-duty career, during which he became a highly decorated combat veteran and achieving the rank of Colonel with Command Pilot status. As well as three years of intensive air combat missions as a B-52 pilot in Viet Nam, he commanded numerous USAF units, to include combat-deployed, officer flight training and high-level national/international staff assignments. Upon retirement from the USAF, Gary rapidly excelled as a leader in small business lending markets. As Chief Operating Officer of ACCION Texas from 2004 to 2010, the organization quadrupled its outstanding loan portfolio and became the largest micro-lender in the nation. Subsequently, as President & CEO of PeopleFund from 2010 to 2019, it evolved from a five-county central Texas service area to a statewide lender achieving national prominence for SBA lending and veteran lending and $100 million New Markets Tax Credit allocations. Importantly, its loan volume quadrupled primarily due to emphasis on minority, women, veteran businesses and those in low income areas. He continues to address the longstanding lack of access to capital challenges for military veterans and spouses seeking to become small business owner/operators. Gary has served on various national, state and community non-profit boards. A fourth-generation family owner of the Four L Ranch in Comfort, Texas, he is a married father of three children who has been continuously active in numerous community organizations and philanthropic causes.